As cuffing season comes to a close, some of us are looking to the partners we recklessly selected in moments of weakness last autumn and are wondering how long this will last. Post-Valentine’s day to Easter (or Passover) is the prime season for second-guessing those who have struggled through the wintry months with you. Most people have these discussions with friends and family and think about some of the red flags they might have been ignoring these past few months, but we here at the Punch Bowl want to make sure you aren’t making a common dating blunder: mistaking a red flag for a black flag. Black flags aren’t well known in the landlubber dating scene but it means a sign that your bae is a buccaneer (aka: A PIRATE). And these seadogs are commonly misrepresented in the media when they really have a heart of gold (and a hook of aluminum), so check out these scenarios to find out if you’ve got an actual sleazebag or a scallywag!

He grabs your butt in public and it’s way too much PDA for you. You’ve told him no, but he just won’t listen!

That’s a tough one! Normally I’d say red flag, but picture this: you’re walking hand-in-hook with him and your keys are in your jacket pocket, jingling and jangling about. He thinks “coins!” and he’s gotta have them if he’s a cap’n worth his salt, so he grabs your behind yelling “ARGHH ME BOOTY! TREASURE LIES IN THIS TRUNK!” Now does that seem so bad?! Definitely not. In that case, hoist your black flag- it’s a pirate! 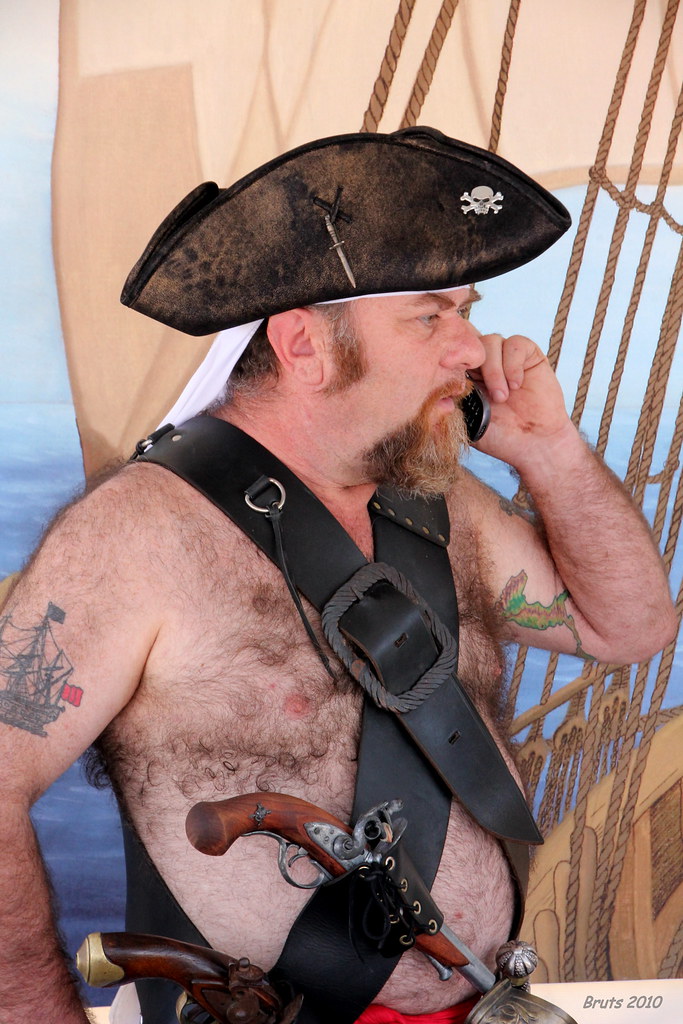 You come back from the bathroom and find him snooping on your phone! He says he won’t ever do it again, but you keep on getting interrogatory texts about who you’re with and where you are!

Uh-oh. Controlling behavior is big ‘ol red flag and nothing to joke about. But it may all be a misunderstanding if you fit this very specific scenario! If your jolly roger is from the 16th century as most are, he’s probably just trying to understand modern technology and wants to learn more about you! As for the texts, if they’re reading more like “Matey! Where are ya! I hear there’s goin to be a storm ARGH we’ve gotta rig the sails and booey the mast!” or “Who are you sailin’ with darling? My buddy Captain Crunch needs a seafaring woman! Double date??” then you’ve got nothing to worry about! Skull and crossbones, ya wench!

You try to ask him about his childhood and past and he’s weirdly secretive. You’ve told him that the lack of trust is a big barrier for you, but mum’s still the word!

At first glance? BIG red flag! How can you commit to a serious relationship with someone when you barely know them! Buuut, consider this: you’re born a pirate and pirates are never children, just smaller people with smaller hooks. And in your more recent history, you may have committed some crimes that you’re a little embarrassed about- a little light thievery here, some public urination there, but mostly you’re just too bashful to admit that life on the ol’ SS Bloody Mary sometimes got lonely and you conceivably sought companionship in the arms of your fellow seamen. That’s pretty understandable then! What pirate doesn’t dabble! This flag is a jolly roger!

He dirty talks to you in bed and it makes you uncomfortable. Not like…regular dirty talk, but WEIRD stuff.

For sure talk to him about what you’re uncomfortable with in bed, and if he doesn’t stop, that’s a red flag either way. The weird dirty talk in general, though, may not be a red flag! Phrases like “ayyyeee me lady what a leg you have…..if only it were wooden” or “har-har I’ve grown a second peg leg!” or “mmmm I want to sail in yer wet waters” or “I’d like YOU to walk MY wooden plank!” or “YAR you put the curvy in scurvy” or “welcome to Davy BONERS locker!” or “I wanna see your Captain Blackbeard” should all be taken as great compliments! What a wordsmith! Flag as black as the plague- that’s a pirate!

An Introduction to the Punch Bowl